Meta’s researchers are using the supercomputer for computer vision research, as well as to train large models in natural language processing. 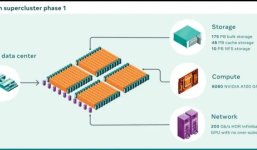 ​
Meta has announced that it has designed and constructed the AI Research SuperCluster (RSC), an AI supercomputer which, according to the company, is one of the fastest in the world; once the computer is fully built out in mid-2022, it will take the superlative position as the world’s fastest AI supercomputer. Meta’s researchers are using the RSC for computer vision research, as well as to train large models in natural language processing.

“Our researchers will be able to train the largest models needed to develop advanced AI for computer vision, natural language processing, speech recognition, and more,” Meta stated in a press release. “We hope RSC will help us build entirely new AI systems that can, for example, power real-time voice translations to large groups of people, each speaking a different language, so they can seamlessly collaborate on a research project or play an AR game together.”

The RSC’s ability to train increasingly complex and adaptable models will push AI technology to a new frontier, hopes Meta. “In early 2020, we decided the best way to accelerate progress was to design a new computing infrastructure from a clean slate to take advantage of new GPU and network fabric technology,” writes the company. “We wanted this infrastructure to be able to train models with more than a trillion parameters on data sets as large as an exabyte — which, to provide a sense of scale, is the equivalent of 36,000 years of high-quality video.”

The AI Research SuperCluster is currently up and running, with plans to expand its infrastructure throughout 2022. Following the completion of “phase 2” of RSC’s construction, the supercomputer is expected to be capable of 5 exaflops of mixed precision compute; twice as powerful as the [email protected] distributed computing network. 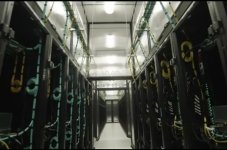 ​
The construction of the RSC is yet another step toward the metaverse, a virtual reality space that will define the future of social interaction, if Meta and other silicon valley companies’ aspirations come to fruition. At a metaverse developer community event earlier this year, Meta Israel’s CEO, Adi Soffer Teeni, expressed the importance of the metaverse’s development, and Israel's involvement. “We are at the beginning of a new chapter in the history of the Internet,” she said. “This technology revolution is resetting the playground for entrepreneurs who want to lead the next generation, and now the Israeli ecosystem has a huge opportunity to stand on the starting line.”
Source
You must log in or register to reply here.
Share:
Vk Ok Blogger Linked In Diaspora Weibo Facebook Twitter Reddit Pinterest Tumblr WhatsApp Telegram Viber Skype Email Share Google Yahoo Evernote Xing Link
Private conversations
Help Users Options