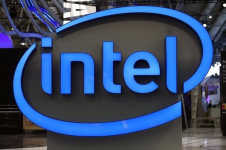 Details about the $223 billion company’s upcoming foray into Bitcoin mining are scant. It is not clear whether Intel will present a viable product or simply unveil a prototype chip.

The presentation of the ASIC will take place on Feb. 23.

Intel has been working on its entry into the Bitcoin market for quite a while. In 2018, the U.S. Patent and Trademark Office awarded the chip giant a patent for efficiently mining cryptocurrencies that use the SHA-256 algorithm.

Intel's graphics chief Raja Koduri said that GPUs were supposed to be used for gaming, not for mining in a December interview. He also appears to have teased the company’s new mining product:


But being able to do much more efficient blockchain validation at a much lower cost, much lower power, is a pretty solvable problem. And you know, we are working on that, and at some point in time, hopefully not too far into the future, we will kinda share some interesting hardware for that.
Click to expand...

Intel will have to face tough competition from Bitmain and MicroBT, the world’s largest manufacturers of Bitcoin mining hardware.

Bitcoin’s hashrate, the total computing power of the network, recently hit a new all-time high of 216 EH/s, according to data provided by Blockchain.com.