Cardano Is a Better Bet Than Bitcoin and Ethereum Right Now

The price of Cardano (CCC:ADA-USD) has been rising while the broader cryptocurrency market continues to fall, making the fledgling asset a lone bright spot among digital coins and tokens.

On the day of this writing, the price of ADA-USD is up 9.5% at $1.24 in the past week. Cardano has been marching higher as larger digital coins such as Bitcoin (CCC:BTC-USD) and Ethereum (CCC:ETH-USD) fall into bear market territory as they are each more than 30% below their all-time highs reached in mid-November.

To be sure, the price of ADA-USD has also fallen more than 30% over the last two months, but Cardano appears to be rebounding faster than other cryptocurrencies as both Bitcoin and Ethereum face the ominous technical indicator known as a “death cross.” ADA-USD is up about 300% over the last 12-months. So, what is the catalyst leading Cardano to rebound?

The catalyst for Cardano right now appears to be the fact that the cryptocurrency has hit several key milestones in recent weeks. ADA-USD has exceeded the 20 million transaction mark with no downtime in over 1,500 days of operation. And Cardano is also now held in more than one million digital wallets worldwide.

Both of these achievements are significant and have helped the price recover from its autumn selloff. Also key has been the launch of the rewards token ADACash (CCC:ADACASH-USD) last month, which reached a market capitalization of $30 million and more than 10,000 holders less than a month after its debut.

The successful launch of ADACash provides momentum to Cardano. However, developers are not stopping when it comes to new projects related to the ADA-USD blockchain, which is billed as a third generation blockchain after Bitcoin and Ethereum.

Developers are coming up with new projects that include a non fungible token (NFT) marketplace and an exchange for decentralized finance (DeFi) transactions. While these projects will take time to come to market, they underscore the utility and functionality of the Cardano blockchain and position ADA-USD for future growth.

An additional upcoming catalyst for Cardano is the “Hydra” upgrade that is expected to take place later this year and will dramatically improve the processing time for transactions on the ADA-USD blockchain. The faster speeds will make Cardano even more useful when it comes to decentralized finance, as well as smart contracts.

It’s important to note that Cardano operates on a “proof of stake” concept that is much more energy efficient and better for the environment than the “proof of work” concept that Bitcoin and Ethereum run on. The high rate of energy consumption is a major knock on most other cryptocurrencies and the sector in general.

Another unique feature of Cardano is that the cryptocurrency has a dedicated team of developers behind it led by former Ethereum mastermind Charles Hoskinson, and any upgrades to ADA-USD’s network are peer reviewed before they are implemented. This combination of rigor and environmental sustainability makes Cardano the ideal digital asset for socially conscious investors.

Going forward, the prominence of ADA-USD is only expected to grow. Some analysts have even forecast that Cardano will eventually surpass Ethereum as the leading blockchain technology for decentralized finance and smart contracts, as well as NFTs.

Cardano has a lot working in its favor and its price is responding. Many people who intimately understand the world of digital coins and tokens see ADA-USD as the future of the sector and expect it to eventually rival and ultimately replace larger cryptos such as Ethereum and Bitcoin.

Cardano is where cryptocurrencies are headed–not where they have been. The fact that ADA-USD is more energy efficient and superior when it comes to facilitating DeFi transactions and smart contracts makes it one of the more useful digital tokens, and an attractive option for investors who want exposure to cryptocurrencies that haven’t run up to exorbitant prices.

While all cryptocurrencies are risky investments, Cardano is worth a small position. ADA-USD is a buy.
Source
Last edited by a moderator: Jan 16, 2022

It seems to me that Monero will be able to break through $200 before the end of August. Although in the future I’m not sure, but this level looks certain.

️Monero has already grown by 40% and bullish growth is not slowing down.

️A hard fork is scheduled for August 13, and this always adds interest to the token.

️Judging by the announcement, the update will really be useful. This is a plus for the Monero ecosystem, which will also grow.

️Cryptocurrencies as a whole have rebounded from the bottom, and the value of privacy-oriented tokens has only grown.

️After BOND predictably bounced back an enchanting peak of 800% at the end of July, we can recall the forecast of Crypto James. James is famous for predicting Fantom FTM as the “best cryptocurrency of the year” when no one was talking about it. The price of the coin soon increased by 168 times, which gave a huge income to its owners.

️In total, Crypto James guessed with 26 coins - too many to be a coincidence.

The BarnBridge cryptocurrency is currently worth around $7, but it has a potential of $100.

BarnBridge is a tokenized way to hedge market risk. It launched at $178 and is currently $11. It just goes to show that they overestimated him in the beginning, says Crypto James.

“What is interesting about the BarnBridge crypto project is that out of 6 million coins, 1.5 million are locked in their farms and pools. 25% is a really good number and it reduces the coin supply. Anyone familiar with the basics of economics understands that this always increases the price in the long run.” - Crypto James 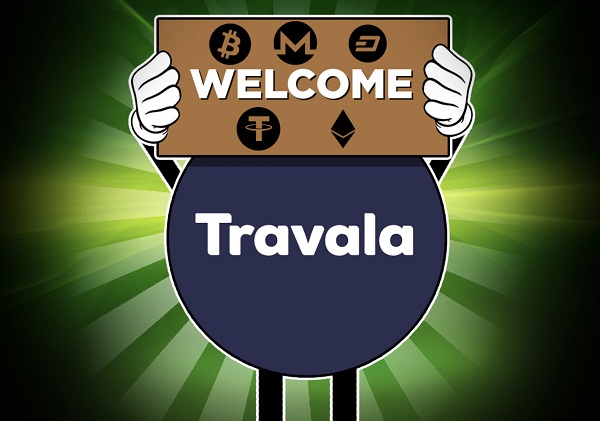 The Travala.com project remains a top niche for investors who prefer stability.

The first and most important thing that interests all crypto investors is profit. It is desirable that it be guaranteed and large enough to recoup the time and money spent. You can chase popular currencies and wait for it to go up in order to take profits, wait for a fall and wait for a new “swing” phase. But you can do otherwise: if you prefer a stable income that does not exclude the possibility of making big money on the rush demand, consider the AVA token from the Travala.com platform

Founded in 2017, it is a blockchain-based travel booking platform that has quickly become the main portal of this profile. Travala.com currently offers over 2.5 million properties for accommodation in 230 countries. Where you can fly on more than 90,000 flights, which provided by over 600 airlines.

Since Travala.com does not have to pay all the taxes, fees and commissions of ordinary travel agencies, bookings are obtained with huge - up to 40% - discounts. In addition, the AVA ecosystem guarantees the lowest price on the market. If you find it cheaper, you will be refunded the difference.

The cheapest portal in the world where you can buy tickets or a hotel room for cryptocurrency - this is interesting. However, of course, we are primarily interested in the possibility of earning. Ava allows it.

Within Travala.com, there are several options on how to get small but predictable money. The first is bonuses for registration in the system. Self-registration will bring $10, but it is much more interesting to invite friends. For registering a friend using an affiliate link, you will receive $25. If your colleague registers a $200 hotel or flight reservation, you will receive a $25 cashback - just like your friend. The more friends you have, the greater the benefit. You can withdraw money at any time.

However, that's not the point.

Travala.com accrues 24% per annum on the balance in the AVA wallet of each user. It does not matter whether this balance arose due to replenishment from a bank card, or was formed as a result of bonuses, cashback and other deductions from loyalty programs. This percentage is really cool. It is difficult or even impossible to find analogues in traditional banks.

At the time of this writing, 1 AVA gives 86 cents, which means that AVA can rightfully be considered a very attractive asset. Earning 24% per annum on a cryptocurrency exchanges against the dollar at a rate of almost 1:1 is a good offer.

This price is definitely not the limit. AVA's portfolio has seen spikes in excess of $6, usually driven by travel market conditions and general interest in flights and bookings. In general, AVA is constantly growing and will continue to grow. Captainaltcoin https://captainaltcoin.com/travala-com-ava-price-prediction/ estimates that next year the AVA corridor will be between $1.5 and $2, and AVA will double in the next decade. A rate of $10 for one AVA can be expected in 2025.

AVA is a very good investment solution for the medium term, which will allow you to receive nice bonuses literally from the first day. As an added bonus, you will have access to a huge booking ecosystem with discounts and the option of accumulating 24% per annum with no effort at all and playing on the stock exchange.
You must log in or register to reply here.
Share:
Vk Ok Blogger Linked In Diaspora Weibo Facebook Twitter Reddit Pinterest Tumblr WhatsApp Telegram Viber Skype Email Share Google Yahoo Evernote Xing Link
Private conversations
Help Users Options