Bitcoin Rises To $51,000 On Christmas Eve, Hits Highest Level In Over 2 Weeks

On Christmas eve, the value of Bitcoin rose to $51,000 (roughly ₹ 38.27 lakhs) and touched its highest level in more than two weeks. The world's largest and oldest cryptocurrency has risen by about four percent in the past couple of days. 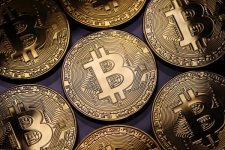 The price movement of Bitcoin has piqued many people's interest throughout the last decade. So far, 2021 has been an eventful year for many cryptocurrencies, with Bitcoin and its price leading the way.

The cryptocurrency's price touched new highs in April and May. However, the excitement didn't last for long, with Bitcoin entering a downward phase. The trend remained gloomy till the first-ever Bitcoin futures exchange-traded fund (ETF) made its debut in the New York Stock Exchange (NYSE) in October. It goes by the ticker name of BITO. This was a landmark moment for cryptocurrency and was seen as another step closer to mainstream investing.

In between, all those discussions about energy consumption to mine Bitcoin also had an impact on the cryptocurrency's value. But then, El Salvador recognised Bitcoin as a legal tender, and on September 7, became the first country to use the cryptocurrency as a means of exchange for goods and services. In a way, El Salvador's step could also encourage other countries in the region to take a similar leap.

Bitcoin as a store of value is an interesting concept. I'm not sure what role it will play in the future. I prefer the Financial setup that is Quant + Riplle _ Stellar _ Algorand _ Iota.
Where Quant is the overseer of the whole system, Ripple is used for Financial Instritutions for transactions, Steller for Consumer Transaction, Algo for Business and IOTA for the Internet of Things. I think this will be the future of the World Economy and in turn Quant will substantially outpace BTC.

if I owned bitcoins now, believe me, most of bitcoin would turn into a minibtc