NFT became popular in 2021. According to the data «Guardian» the turnover from the sale in 2021 was more than $22 billion, compared to 2020 when NFT sales made only $100 million.
At the beginning of 2022, NFT is a fashionable trend that everyone talks about and writes about. Increasingly, news sites are reporting expensive celebrity purchases. For example, American rapper Eminem purchased the collectible NFT «Bored Ape Yacht Club #9055» for $450,000 at the end of December 2021. 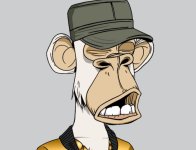 ​
Non-reciprocable token (NFT) is a type of cryptocurrency token, each of which is completely unique. In other words, NFT is a digital certificate attached to a unique object. Interchangeable assets include Fiat, Stablecoin, Bitcoin and Altcoin. They can be replaced with similar features and values. This cannot be done with NFT.


Where NFT is used​
NFT history
​
Experiments to create NFT began as early as 2013 on the basis of the Bitcoin blockchain (Colored Coins and Counterparty projects).
In October 2015, the first full-fledged NFT Etheria project from Ethereum developers was launched.
In 2017, NFT Smart Contracts were introduced.
One of the first NFT was the mem - HOMERPEPE. It was originally sold for $500, seven months later - for $320,000. 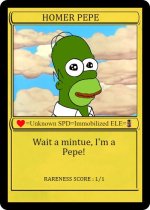 ​
The CryptoPunks images were widely publicized. This collection consists of 10,000 digital images of humans, monkeys, aliens and other creatures created in pixel form.

​
At the end of 2017, CryptoKitties became one of the most popular CryptoKitties.
CryptoKitties is a decentralized application, an online game based on Ethereum. Players bought NFT cats, cared for them, and raised their offspring by paying a commission. The goal of the game was to get cats with rare genes. 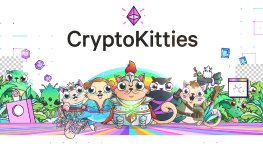 ​
Ethereum faced difficulties with overloading, because of the game’s popularity. The price of a single cat in Dapp was 0.011 ETH, and one of the rare NFT kittens purchased from the hands was Dragon, with a price of 600 ETH. 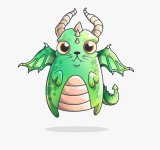 ​
In 2019, Nike introduced NFT technology to authenticate CryptoKicks physical sneakers, providing a virtual version of the shoes to the buyer. 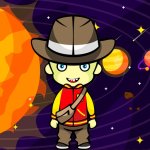 Where to buy NFT
​
As of the beginning of 2022, there are many trading platforms for the sale and purchase of various NFT.
The following is a list of some of the most popular:


How to get NFT free
​
In early 2022, the NFT was on the hype. Many of the founders of the projects donate NFT as Airdrop. Also, non-reciprocable tokens can be obtained by playing games, performing certain tasks in metaverses, buying rewards from resources such as CoinGecko One way to get NFT is to create it yourself.


How to create NFT using third-party services
​
The easiest way to create a custom token is to use marketplaces such as OpenSea or Rarible.


How to create NFT

Conclusion
In my opinion, the NFT is still at the start. The rapid development of these tokens began in 2021. New technological solutions, new directions and applications are emerging in different spheres of our lives. Society is interested in NFT, and this is one of the main signs for development.[/MEDIA]​
Last edited: Jan 19, 2022